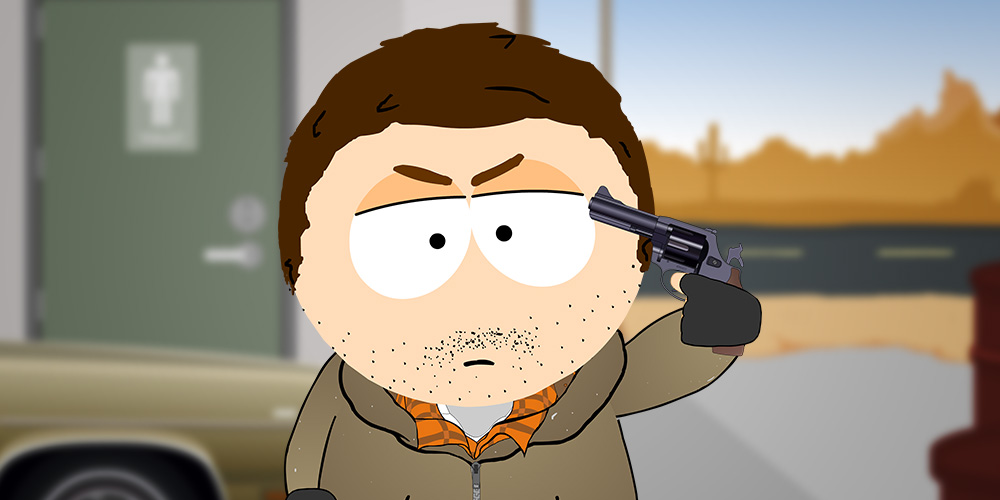 Where is Ray Part 3?

Ah, my favourite question for the past ten years!

Unfortunately the answer is that it’s never coming out. It’s not for lack of trying, though. It has been over a decade since I released the last ‘Ray’, and over those years I have spent hundreds (if not thousands) of hours trying to create something I could be proud of. At the end of the day I simply wasn’t happy with what Ray was. And to be honest, it was never much of anything.

Way back in 2002 when I first started using Flash (Flash 5 to be exact. The best one.), I thought it was amazing that I could make any story I wanted come to life. One night, for one reason or another, I tried my hand at animating a car hitting someone.

Eventually I made variations and coded them in a way where you could pick an option and that’s how the scene would play out. After a while, I began making more scenes. Those scenes were then tethered together and I decided to make a sort of interactive movie out of them. And thus, Ray was born. 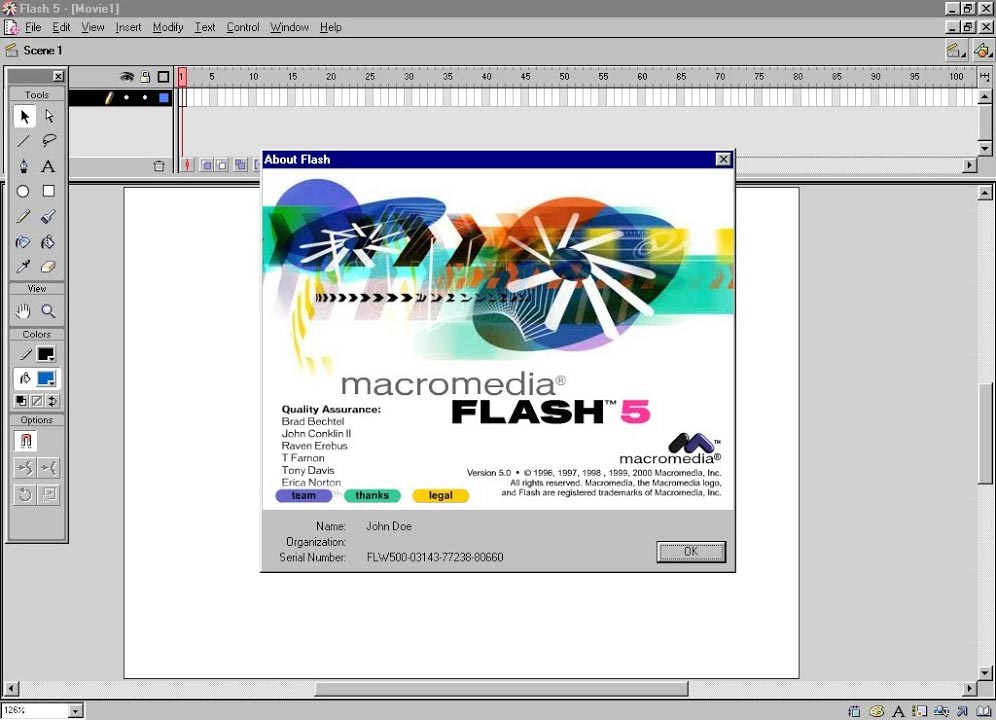 The series wasn’t planned or laboured over in any way. In fact, I never wrote down how a single scene would play out. Everything was created on the fly. It was scene after scene of gratuitous violence, loosely tied together with a weak story that barely evolved over time. Nothing really made sense. Ray had no ambitions or personality, and the people in his world really only ever had a single purpose. Not only that, but when I created those first few games I wasn’t in the best mindset. As an angry seventeen year old, creating those movies was a nice outlet.

The biggest surprise for me was that anyone would bother to play them. I never expected these three movies/games to gather over forty million views, and this was at a time where you really had to try hard to get people’s attention online. While we had Newgrounds, it wasn’t like today where you can simply upload a video on Youtube and gather the attention of millions via social media and every other avenue available. 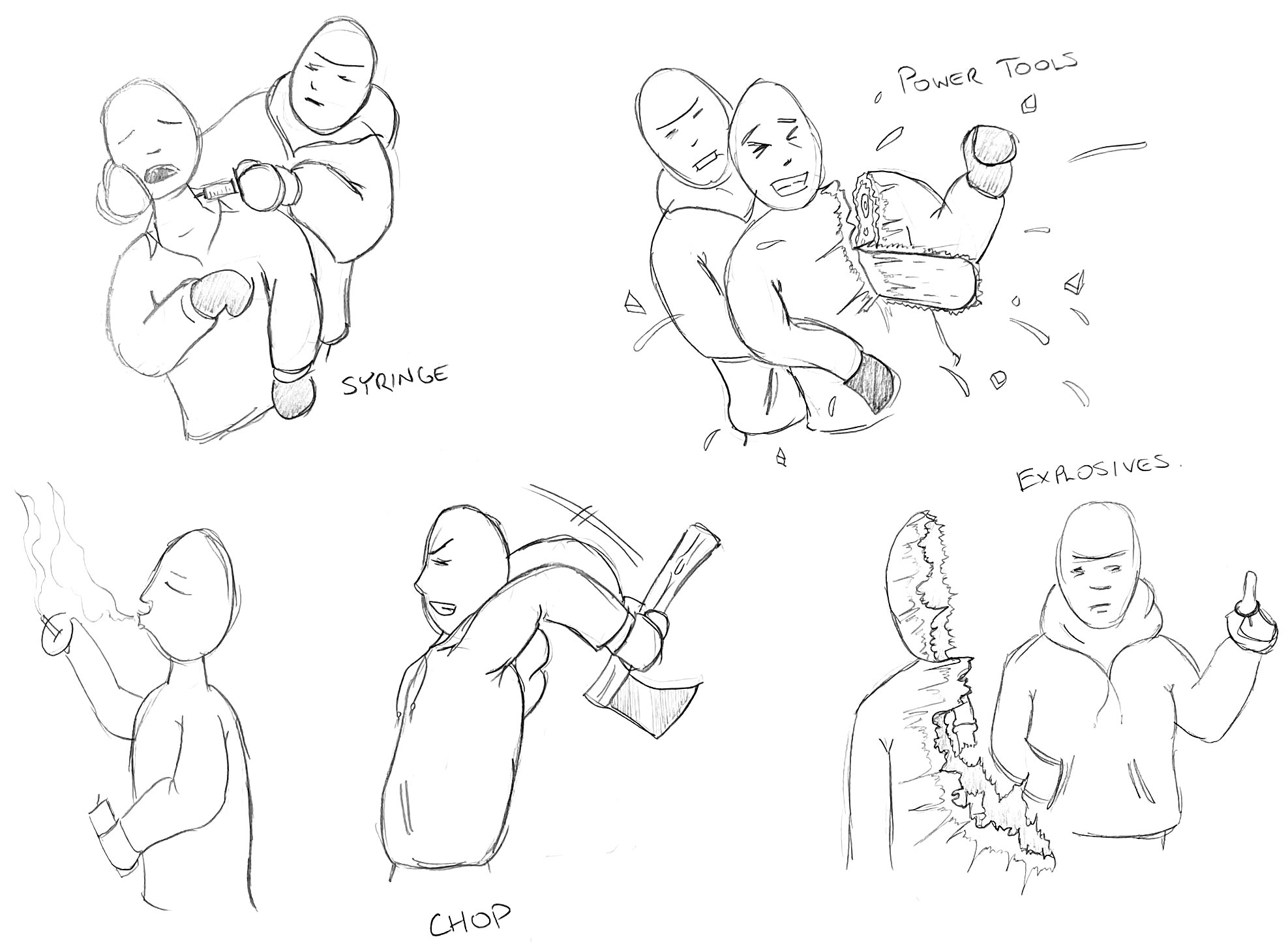 After a few more years (and after many attempts), I decided to ditch the South Park style and start with lifelike characters. I convinced myself that it might be better to plan how things would work, what Ray’s purpose was and how things would play out. 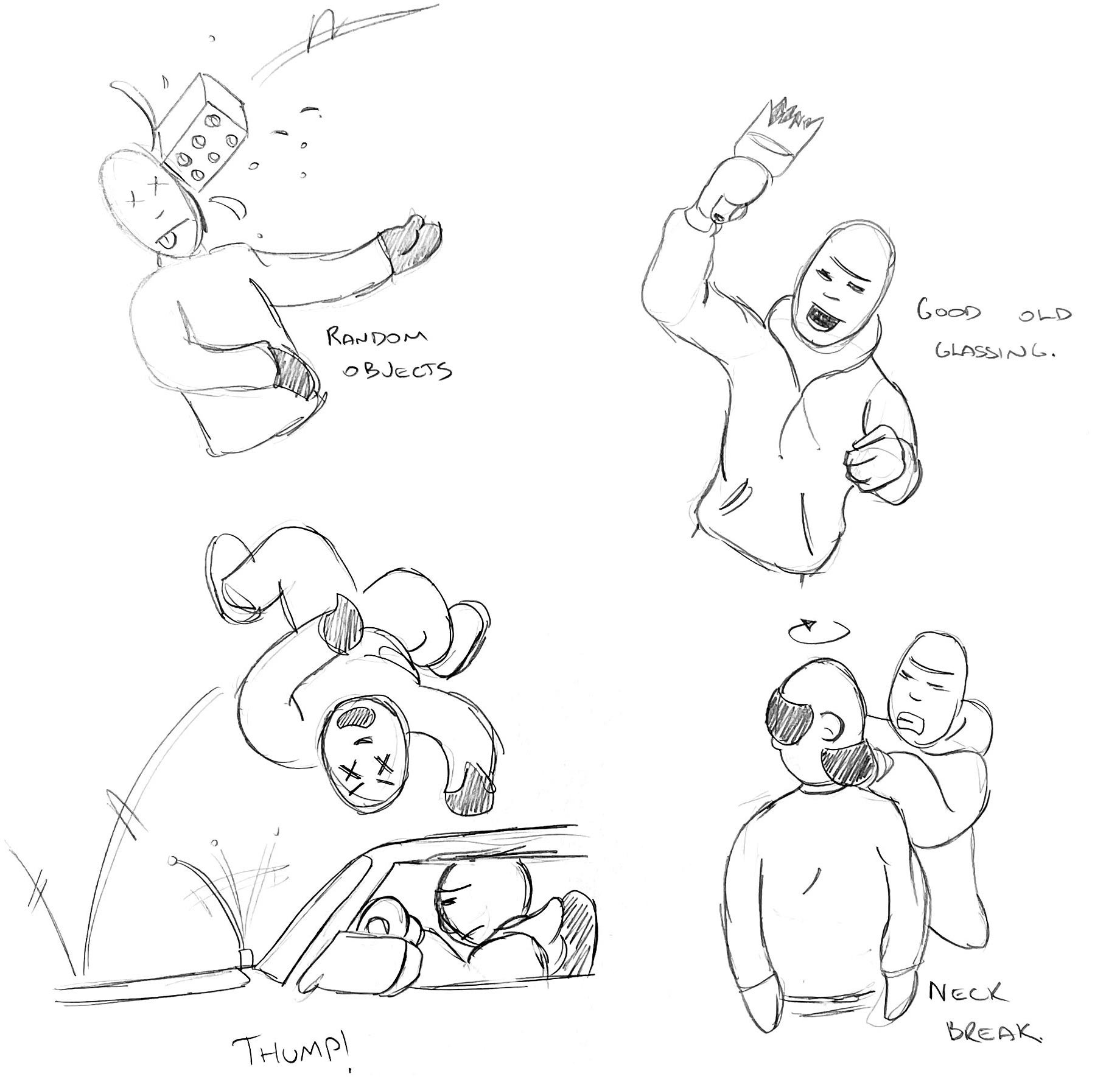 The animation was great, though very time consuming. Animating South Park characters was like being on training wheels. Now characters would speak properly as their mouths were synced to words, it was easier to gauge how things would look as proportions were now lifelike, and things like clothing, weapons, vehicles etc didn’t have to be modified to fit people with giant heads.

Still, even after three years of drawing, animating, coding and planning, I abandoned this version. It still felt lifeless and pointless.

It was in 2010 or so when I started getting into web design and development. At this point in my life I had two kids, bills to pay, a new job and skillset that demanded a lot of attention. As these things took up the bulk of my time, Ray was put on hold for a while. It was a far cry from the days of the first few Ray games where I had no obligations and all the time in the world.

Over the years I’d try to get back into creating games and movies, but after eight to twelve hours of working on a PC per day, animating in Flash for hours on end is hardly the first thing I wanted to do when I got home. 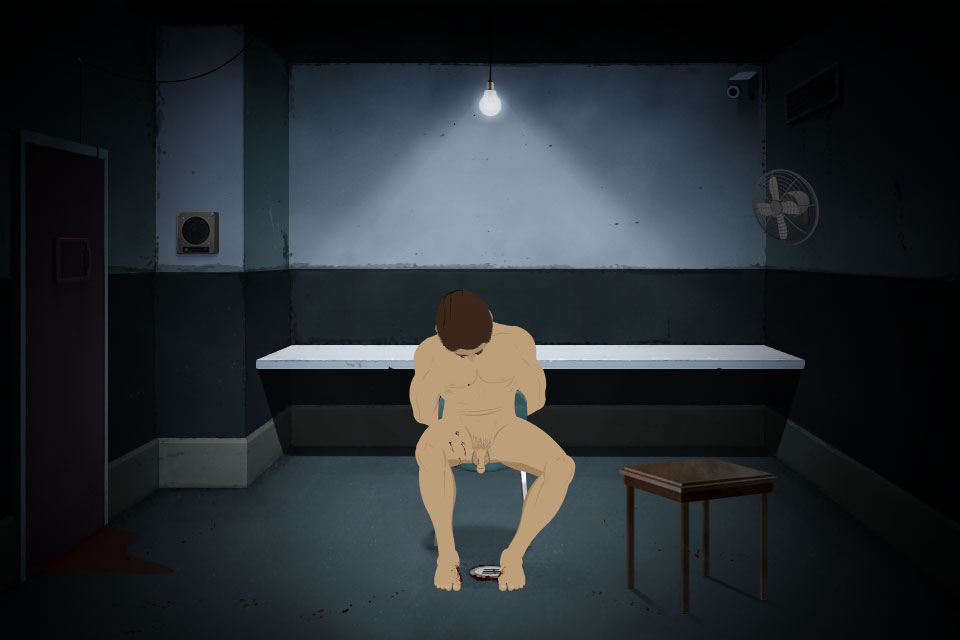 I realised that Ray was never really going to work, that I needed to do something more than plan out how a couple of dozen people were going to die. I decided to take it all a step further by creating a new story an characters, learning how to model in 3D, learning how to digitally paint and to really plan out the story before any work commenced.

But of course… as was tradition at this point… I gave up.

Perhaps pointless violence was no longer of any interest? So I tried an adventure game for kids. This one didn’t make it as far as the rest. While the concept was interesting, I didn’t seem to enjoy making it as much as those first few Ray games.

It was at this point that I planned on giving up altogether, to enjoy games rather than worrying about ever making my own. But trying to forget about it was like having an itch I just couldn’t scratch.

I hope that clears up what happened with this series and what I’ve been doing all these years. It’s a shame that Ray will never have an ending, but then it was never really rooted in a beginning.

It was the by-product of experimentation with a single redeeming quality – violence.